Fans of WESTLIFE star Nicky Byrne were in tears as he shared a touching message for his late father.

The Dubliner’s father, Nicky Senior, died over a decade ago of a heart attack, leaving his family devastated.

Last weekend, Westlife returned to the stage as part of their Wild Dreams Tour.

After their shows, the singer took to Instagram to reminisce about the first time he went to Lansdowne Road with his dad.

The Dubliner said: “I first went to Lansdowne Road in 1986. 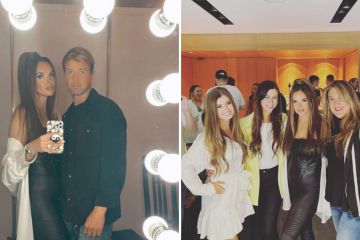 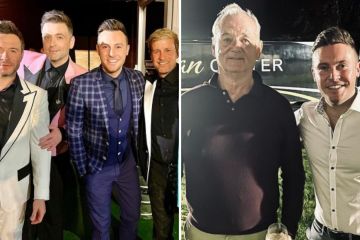 “My late dad took me on the Dart from Bayside, the train was packed as we drove through town, I remember the songs and the jerseys and the buzz of it all.

“We had a ticket and my little heart was pounding, but in true dad style he lifted me over the turnstile barrier with a wink and nod to the man behind the door.

“My first impression of the old Lansdowne Road is still vividly etched in my memory. Pure excitement!”

He said: “While very different, to headline the new Aviva Stadium for two nights with Westlife is beyond belief.

“You made people dance!! The atmosphere was exceptional. Olé Olé Olé was the loudest I’ve ever heard.”

Nicky explained how he felt his late father was there with him.

“I think I saw a little white feather drifting around at some point.

“My dad was definitely there watching. I felt seven years old again.”

One follower said: “Such beautiful words Nicholas. I bet your dad would have been very proud of you.”

Another wrote, “It just made me cry! Beautiful words.”

A third commented: “You make me cry here Nicky.”

Chrissy said, “Oh Nicky, that made me sob.”

It comes after the Westlife stars gave their fans a behind-the-scenes look into their lives after their Aviva performance – as they shared family photos.

Kian Egan’s wife, Jodi Albert, took to her Instagram to share a photo of her husband with their youngest son as they rehearsed.

In the snap, Kian was on stage in jeans and a top and he had his son Cobi on his shoulders.

Later, she shared a photo she took in the band’s dressing room and she proudly wore a Westlife t-shirt with thigh high boots.

To this, the actress said, “Backstage vibes.”

Meanwhile, Nicky shared a snap showing off the band’s huge locker room which came with two leather sofas and some snacks.

Nicky wore a black and white shirt in the photo.

Then he posted a photo with his gorgeous wife Georgina in the locker room.

She wore a beautiful black dress for the concert with a blue and white checkered jacket over it and brown heels. 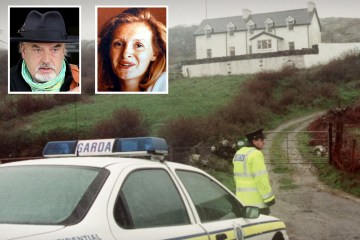 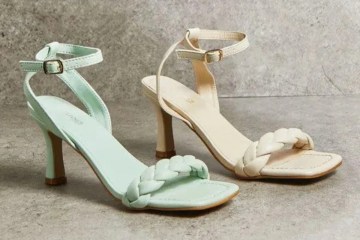 Shane posted snaps of the band’s performance as well as the huge crowd that was there to support them.

Westlife’s Mark Feehily said surrogacy laws in Ireland are “truly unfair” and Justice Minister Helen McEntee assured him she was “doing everything in her power” to change them. Speaking on Friday Late show, the pop star, who welcomed daughter Layla through surrogacy in 2019, has opened up about how unfair he thinks surrogacy laws in […]

Mark Feehily is one of Ireland’s most popular and beloved singers. The popstar is a member of boy band Westlife alongside Shane Filan, Nicky Byrne and Kian Egan. When Mark isn’t busy performing in front of crowds of hundreds of thousands of fans or recording new music, he’s a devoted fiancé to his longtime love […]

Rita Ora finally revealed Robobunny’s identity on The Masked Singer after viewers were sure who it was for weeks. While at first some fans of the crazy ITV talent show speculated that there might be two people hidden in the extravagant costume; after Robobunny’s second performance, people threw Mark Feehily’s name into the ring, and […]